The September 30 2013 Parliamentary and Municipal elections in Cameroon have come and gone and now is the time to share the spoils, say thanks and live up to campaign promises.

On the ground to meet with her militants of the Fako West Constituency, otherwise called Buea Rural, the Member of Parliament, MP for that political base, Hon. Emilia Monjowa Lifaka, who doubles as Vice President of the National Assembly is not only saying thanks for her political victory but taking down the worries raised by her electorates. 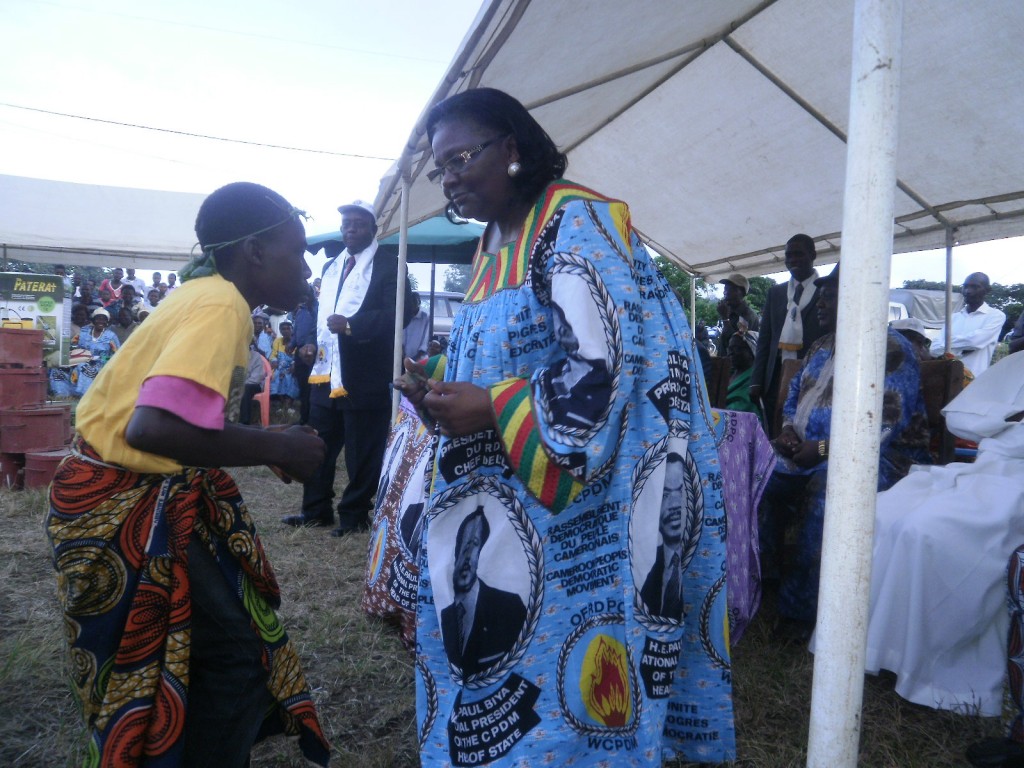 Hon. Lifaka(R) dancing with a young dancer of 'Nganya' at the rally in Bonjongo Court Area

At the Maumu stopover of the Meet The People Tour in the outskirt of Buea, CPDM Subsection President of Maumu, Kulu Mondoa, will not only express gratitude for Hon. Lifaka for coming to commune with them after the September 30 twin elections, he asked the MP to do more for the people of Maumu, mentioning the need for a secondary school in the area, health centre, construction of a good road to link Maumu to Buea and push their many files in Yaounde that need attention.

According to Mondoa, Maumu is behind Hon Lifaka all the time, saying they have changed their habits of the 1990s to something different.

The YCPDM Subsection President of Maumu, Markus Eberitu will add that the water supply in their community is inadequate, while inviting the MP to live up to the promises she made during the campaigns building up to the September 30 twin elections.

In Maumu like in the Bonjongo Court Area, Hon. Lifaka said she has come to say a big thanks after the support shown to her political career, noting that “when you share in the pot of a hunter-man, you will not lack food in your house. The CPDM is the hunter, you will not lack food in your pot.” She will put action to her words as she doled out FCFA 250,000 and five bags of fertilisers to be shared to the militants of Maumu, who are predominantly farmers. “This is from my heart. I have listened to your worries about the poor road network, the need for a secondary school and more. It is work you have given me. I will do that which I can and that which I cannot, I will make a lot of noise about them at the government corridors,” she mentioned.

Hon. Lifaka invited the people of Maumu to reinforce their trust in the CPDM, saying it is the party of light. “Let all those who stay in Fako Division feel Fako. We should respect the laws of Cameroon. We are all children of Fako Division,” she mentioned.

To the militants in Bonjongo Court Area, she told them she has come to strengthen the conviction they have established for each other, adding that Bonjongo Court Area is a CPDM stronghold all the time and they should never derail.

Though the Veepee of the National Assembly is not empowered to sign all the development goodies for the Bonjongo Court Area, she indicated that she has her mouth to do the whistle-blowing on the worries of the people of Bonjongo.

The Meet-the-people-tour of Hon. Lifaka, which opened May 11, ends on May 16 2014 after having gone through the Lysoka and Bonavada areas, which are parts of her political jurisdiction in the Fako West Constituency. She was joined in her tour by a newcomer in the National Assembly and MP for Buea Urban Constituency, Hon. Arthur Ekeke Lysinge and the YCPDM Section President for Fako III, Emmanuel Motomby Mbome. 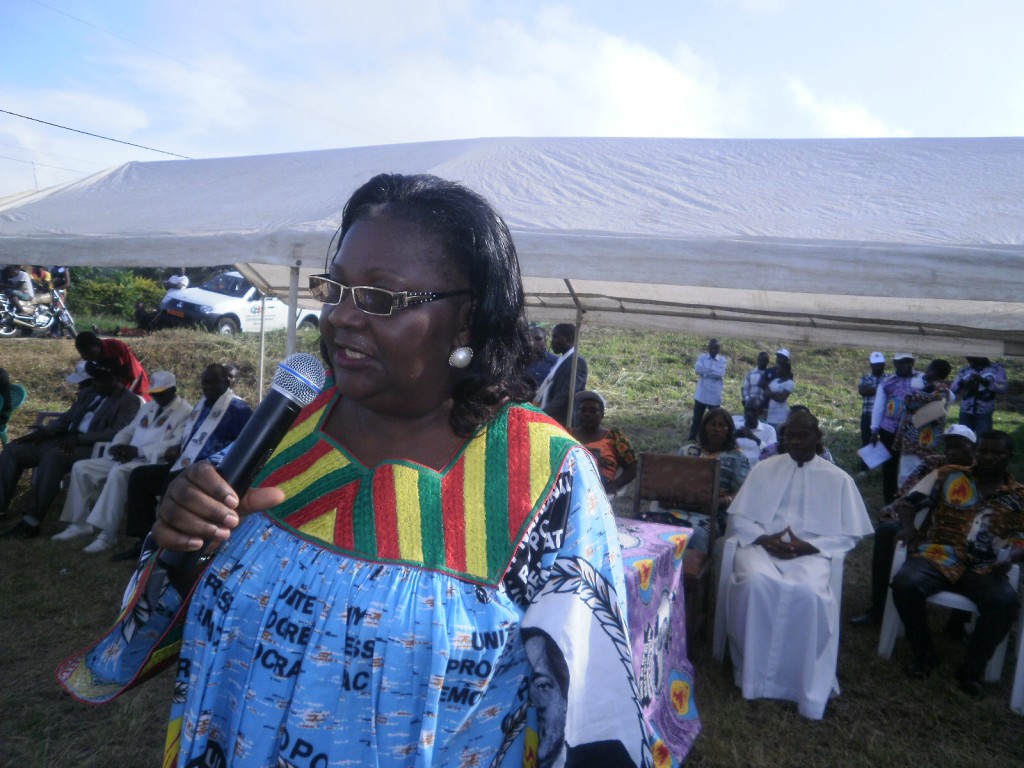 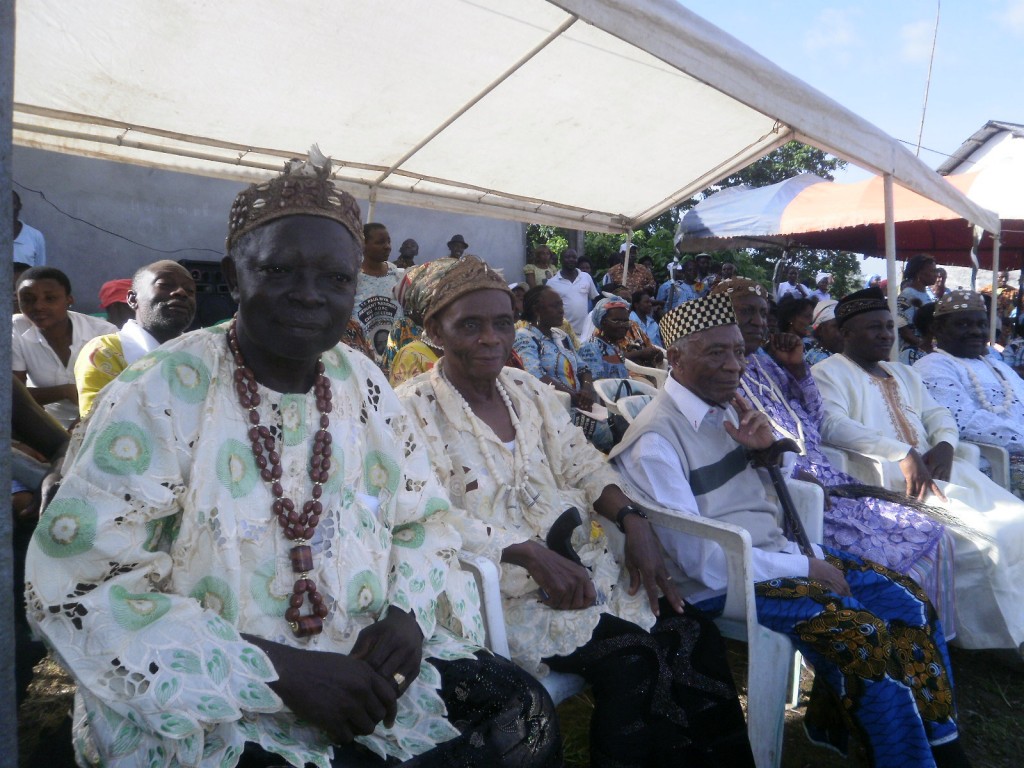 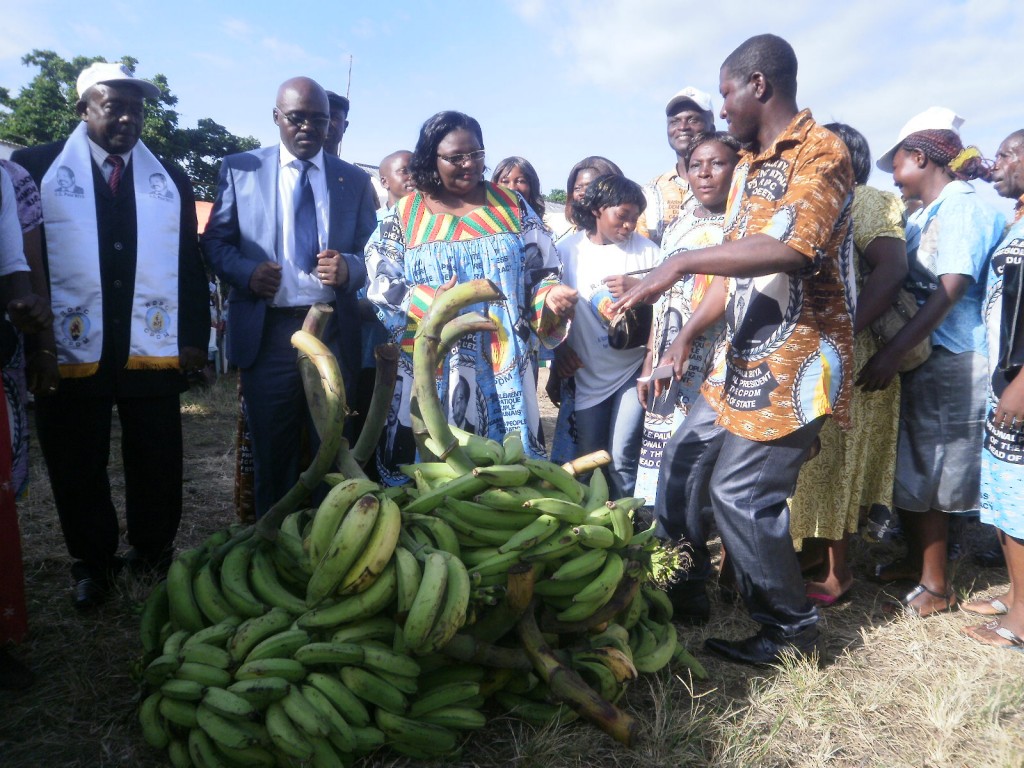