Generally, in the African continent, the processes involved in land acquisition are fuzzy.  For the women in particular, to acquire and subsequently own land is an uphill task. This is the background in which the International Development Research Centre, IDRC, the University of Buea, UB, the Centre for Basic Research, CBR, Kampala, Uganda and the University of Ghana, UG, launched a consortium on Large Scale Land Acquisition Project for the African continent. 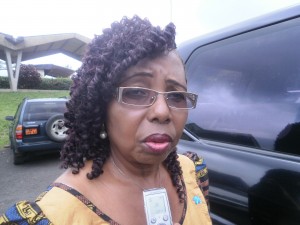 UB VC, Dr Nalova Lyonga - Women must have a say in land acquisition

At the launching ceremony in the UB campus, Dr. Nalova Lyonga, UB Vice Chancellor, questioned why land, which is a big resource is not equitably shared. She will enjoin the members of the consortium to look at the gaps, find out what is happening and boost the morale of people, especially those who think that nothing is happening to redress the situation. “A lot of things are not being implemented but people have to continue with studies and findings on the problems and eventually a solution will be found,” she noted. 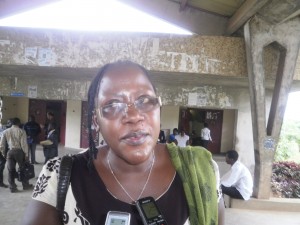 Dr. Josephine Ahikire of CBR, Kampala, Uganda - Weak legislation is at the heart of land crises in Sub-Saharan Africa 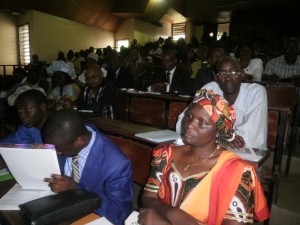 Hon Mary Meboka(1st from right) Member of Parliament, Ndian Division, Southwest Region follows discussions at the launch of the consortium in UB

researchers must be supported to get action now. She will ask where the African communal spirit has gone to, adding; “We have a lot of work to do and changes to make in our communities. Women should be supported and given the leeway in land acquisition.”

Principal Investigator and Project Coordinator of the Consortium, Dr. Lotsmart Fonjong of UB said the outcome of their research will help government on what to consider when giving out land to people. Fonjong expressed surprise why in the municipality of Buea, banana is 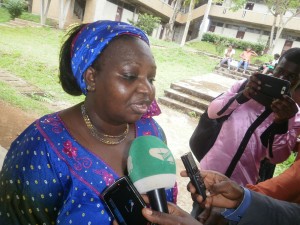 being watered while the population have not got enough water to use, indicating that when large portions of land are given out to institutions, they control the water delivery and the land. “Therefore, the surrounding communities will suffer from water, land and food crises,” he said.

According to Fonjong, future land deals must factor in buffer zones, while the community interest is taken into consideration. 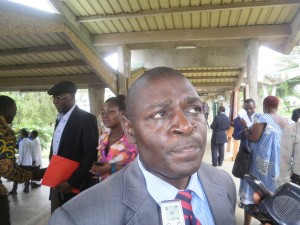 Fonjong explained that land is never idle. “Some people are always working on it. Companies cannot come and think that people have not been working on the land. Women in particular use the land to plant non-timber forest products, do farming activities and the financial resources they get from the sales is what they use in sending their children to school and do more.” He will add that women are not consulted in land acquisition, following the patriarchal system in most part of Africa, Cameroon not left out, noting that their research findings is also aimed at creating a policy framework to indicate that land is never idle.

Executive Director of CBR and Associate Professor at Makerere University, Uganda, Dr Josephine Ahikire blamed the worrying land issues across the African continent on loose legislation, weak land governance and incoherence in the law. “There are always conflicting claims on land, in the cases we see in Uganda. With these conflicting claims, the people who suffer most are the women. Their rights are not documented and their rights belong to how the land is governed.”

The CBR Executive said 80 percent of the land in Uganda is not titled, saying it is customary land. “This atmosphere has given the elites the opportunity to quickly rush and title some lands because they have the wherewithal to manipulate the situation, especially in communities that do not have an interest to register their land.”

Ahikire said their consortium will put the situation on paper, say what it is and show the incoherence embedded in the legal system, which constitute potential risk for Ugandan citizens. “When you have a weak system and a new phenomenon of Large Scale Land Acquisition, it means that the weaker section of the society will suffer and in the end the economy in general will suffer, putting a strain on people.”

She said the whistle-blowing they have engaged into is not only for the mighty but for everybody. “It is said that the master’s tools cannot destroy the master’s house. If people have the knowledge, then they should move the mighty to demand for accountability. We are looking at knowledge to serve and inform the communities so that the mighty should be accountable.”

IDRC Regional Officer in Nairobi, Ramata Thiuone, whose institution is financing the consortium, enjoined the key stakeholders to change their behaviour on managing land issues. “We are funding this research for development and we think that knowledge can be catalyst for development and positive change in terms of policy, practice and behaviour. We are interested in solving development problems,” she said.