Cameroon’s biodiversity is rich, fresh and alluring. Determined to make it sustainable, the government of Cameroon and her partners are working hand-in-glove. This is the background that motivated some members of the German Parliament, led by the Vice President, Johannes Singhammer to come visiting and learning how Cameroon via the Ministry of Forestry and Wildlife is pursuing conservation activities in the country. 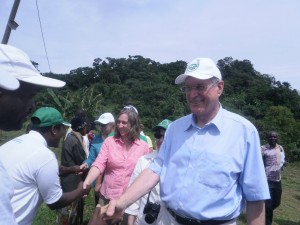 Vice President of the German Parliament, Johannes Singhammer and his delegation being welcomed in Ekonjo village

At a stopover in Ekonjo, a village in Fako Division, Southwest Region, which constitutes part of the Mount Cameroon National Park, MCNP, the German parliamentarians were educated on what the MCNP is all about and the conservation activities going on.

Conservator of MCNP, Simon Besong Bessem said the huge support received from the governments of Cameroon and Germany have enabled them since December 18 2009, when the MCNP came to fruition, stay intact. “We are 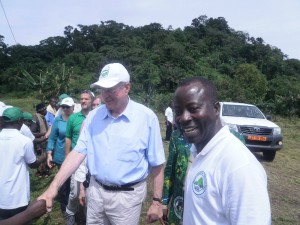 Simon Besong, Conservator, MCNP(R) introduces the VeePee of the German Parliament, Singhammer, to the people of Ekonjo village

talking about park management and economic development. We are ensuring that the integrity of the 58,170 hectares is respected and managed. So far, illegal activities have been put at the minimum. For a big park like ours to have activities just for about 50 hectares of active farms is a big plus for our conservation efforts,” he explained.

According to the Southwest Regional Delegate of Forest and Wildlife, Samuel Eben Ebai, the animal population is increasing thanks to the conservation 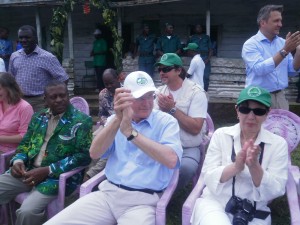 efforts being championed by the Programme for the Sustainable Management of Natural Resources, PSMNR, lodged in the regional delegation but co-financed by the Federal Republic of Germany through the German Development Bank, KWF, in collaboration with the German International Cooperation, GIZ. “Even encroachment into the national park is reducing, participation from the population on the management of park has increased and lots of developmental activities in the MCNP are ongoing. A lot of inputs are 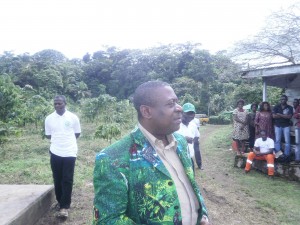 Samuel Eben Ebai, Southwest Regional Delegate of Forest & Wildlife talks to the people of Ekonjo & the German delegation on what government is doing on conservation

coming in from the PSMNR to better the livelihoods of the people living in and around the park area,” Eben Ebai noted.

On the component of Collaborative Management in the MCNP, Hans Eta Agbor of the Southwest Regional Delegation of Forestry and Wildlife said it is a partnership for the benefit of all. “It is an economic and feasible partnership for the local community and the park services. It is an opportunity for rules and responsibilities to be respected by both parties. The government has brought in the local population so as to better manage the national parks,” Agbor mentioned.

Agbor explained that the Collaborative Management has helped the community on how to raise money and it has been negotiated in 23 communities in the MCNP.

Evelyne Monjowa of the Village Forest Management Committee, VFMC, covering 13 villages that make up a cluster, indicated that it is a local parliament at the cluster area, with the intention to better manage the park by linking the community to the parks. She will give details of their assignments, especially in village development measures, bringing in contractors and service providers for development purposes.

The President of the VFMC, Njimba said the MCNP is a torchlight to the Ekonjo population and their conservation efforts are geared towards local and national development. “We will support the park management in whatever they do,” he added.

Reacting to the aforementioned discussions, the Vice President of the German Parliament, Singhammer said the MCNP is a link between Germany and Cameroon, adding that the German Parliament will join in supporting the MCNP for the betterment of nature. “This is a project that brings together economy and nature. It is a great success and we must bring people together in Cameroon.” The MP will add; “Cameroon has a great landscape, which is a huge tourism potential. Cameroon and Germany will work together in the area of eco-tourism.”

In the sidelines of the visit to Ekonjo village, the German delegation also visited other structures of German interest in Cameroon. The case of the Queen of the Angels Catholic Church in Bonjongo, Southwest Region, built by the German Palotine Missionaries in 1896 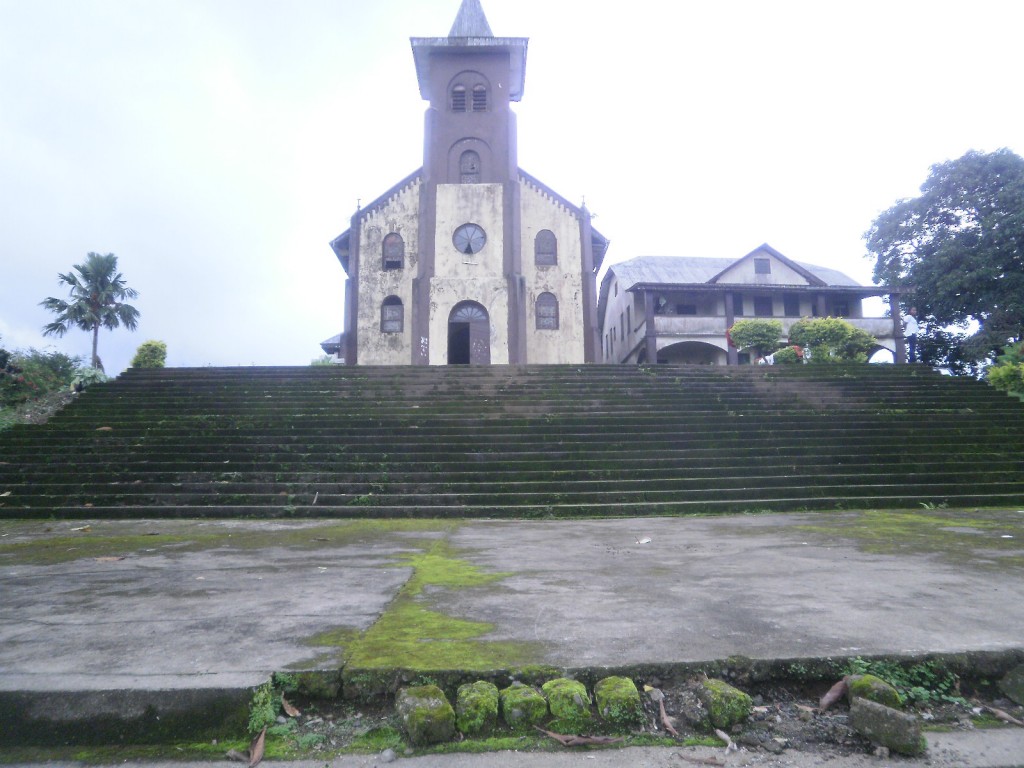 Queen of the Angels Catholic Church, built by the Germans in 1896 in Bonjongo, Southwest Region, Cameroon 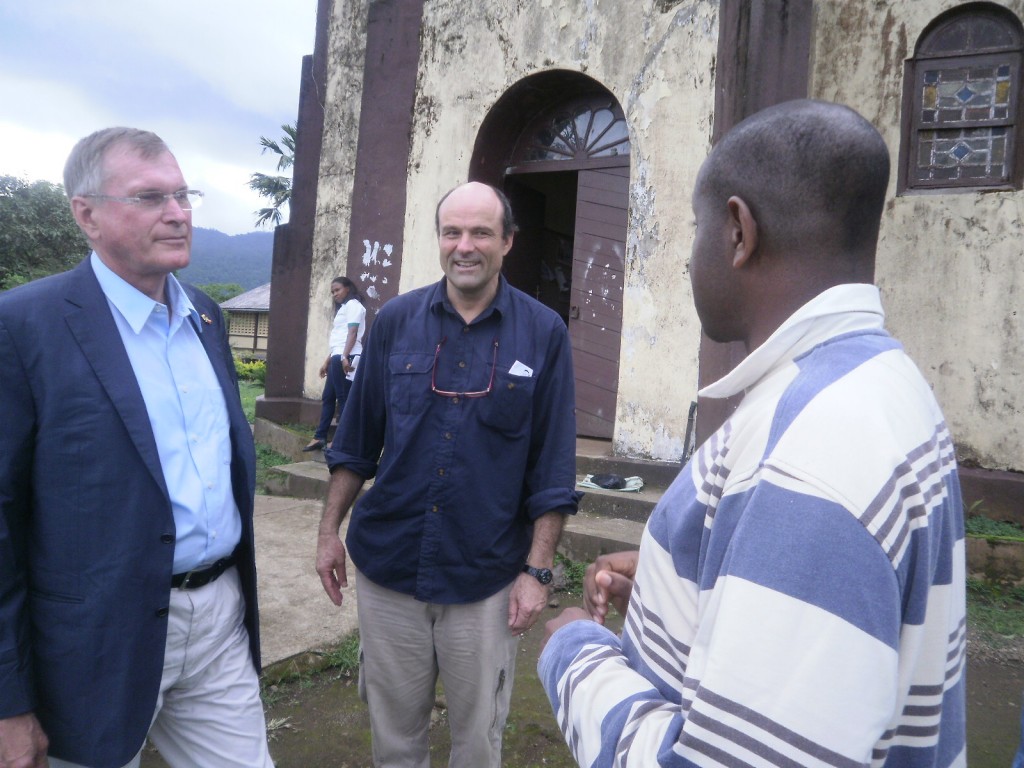 Singhammer(L) listens to the Rev.Fr Emmanuel Epie(R) Parish Priest of the oldest Catholic Church in English speaking Cameroon(in the background) built by the German Palotine Missionaries in 1896