Mining Sector takes a different level in Cameroon. For the first time ever Cameroon puts up an international exhibiting conference to show case the power and worth of the mining sector. The event took place at the Yaounde Congress Hall under the distinguish Patronage of the H. E. President Paul Biya.

The conference operated under the theme: Mining Industries the Heart of Cameroon Sustainable Development. This conference was attended by over 400 participants from different parts of the world: Africa, Europe, Asia, Canada and America. 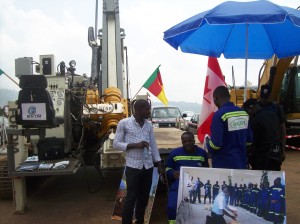 The conference was jointly sponsored by the World Bank and the Ministry of Mines Industry and Technological development. It had been noticed, after two mining forums held in Yaounde, that Cameroon sub soil, apart from containing petroleum is also rich in a good number of minerals. Some of these minerals are Bauxite, Diamond, Gold, Iron ore and Nickel.

Despite the riches in the soil, the mining sector is still virgin with only about 40 percent of its proceeds hence the need for such wide exhibition to make known of the potentials of its rich soils.

A small scale coordinator, Jean Marcel Essomba of CAPAM, a mining company explains that their prices for the sales are relatively low coupled with the fact that the company pays taxes to the government. 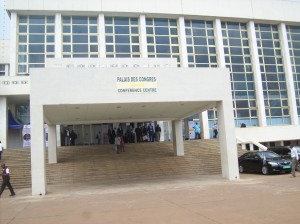 For this reason there was therefore the urgent need for companies to develop this sector.

About 1400 stands harbor the exhibition of companies and their products.

Mining companies like CFAO exhibited equipment used in the field under the surveillance of RACHAEL TCO who explained that the CFAO has newly acquired some machines to facilitate work in the fields.

Cameoon Mining Action SA (CAMINA) under the supervision of  NELSON CHOMBONG, a Geologist, exhibited rocks like Magnetite, Magnetite BIF, Massive Magnetite, which have different mineral components as he explained. 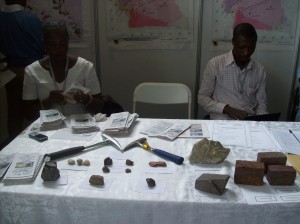 Dr. Fuh Carlixtus, Secretary of States in the Ministry of Mines Industry and Technological Development, reiterated that as a means to come out from the archaic method of exploration which was done by the use of crude tools carried out by the indigenes, which made the mining fields their graves, modern methods will be applied through the use of heavy machinery like those of BOCOM oil company.

Dr. Fuh added that the conference aims at bringing the mining family together, making the mining sector more productive and finally helping the local population through creation of jobs.