German company, Big Dutchman, on June 27, 2014 schooled Southwest pig farmers on how to improve their techniques in pig farming and increase production.

Speaking during the seminar, Big Dutchman representative, Patrick Herve Nouga briefed the farmers on techniques they can use to improve their yields during farming.

According to Nouga, farmers should get good type of pig species, specialise either in fattening or breeding and should have farm clothes that are kept only at the farm and also see that visitors put on sterilised clothes during farm visits. He will add that feeding also plays an important role in ensuring that the sows and piglets are in good health. 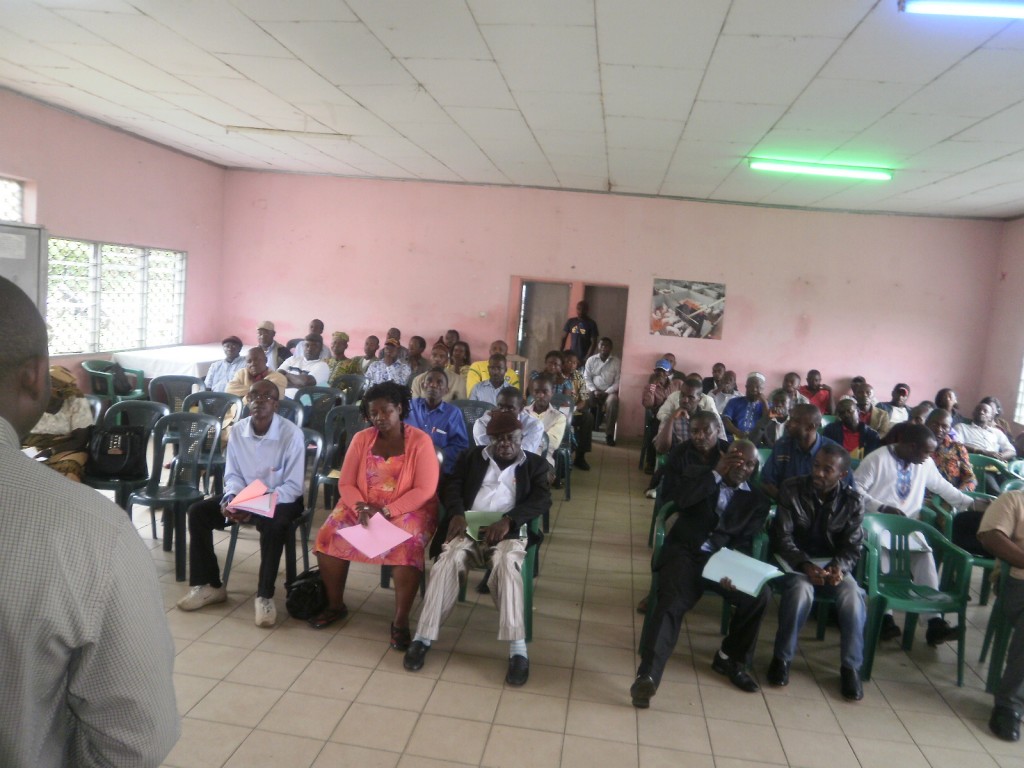 “Farmers are to feed their sows with 4kg of feed each day per sow, especially when they have piglets and they should drink at least 12 litres of water per day for a sow,” Nounga explained.

He indicated that investing in equipments will also increase yields as sows that have piglets and are put in the furrowing crate help prevent them from sleeping on their piglets. 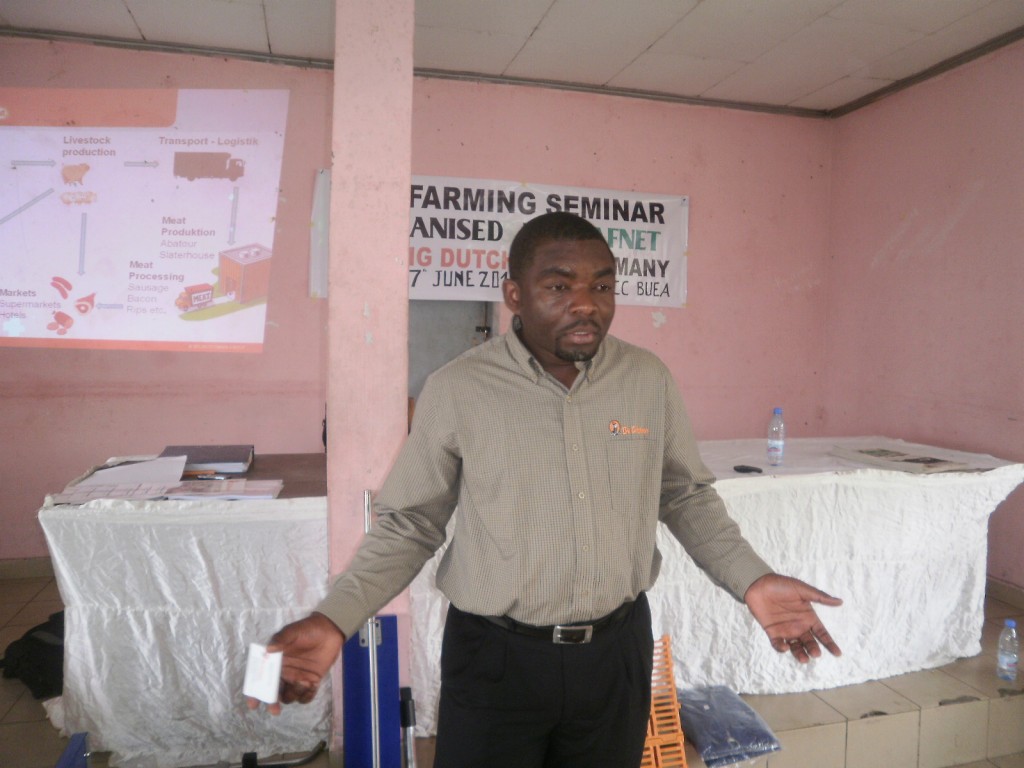 During the question and answer session, pig farmers raised problems like the absence of feed mill in the region, the expensive nature of the equipments, few or no visits to their farms from agricultural technicians and a genetic farm in the region.

According to Walter Nkongho of Forward Ever Union Common Initiative Group, CIG, in Limbe, the project is far fetch since he believed that the region does not have what it takes to realise the project.

“Big Dutchman ideas are geared towards cooperatives but we are mostly individuals or CIGs and do not have the money to purchase the equipments. Southwest is not eligible for the grants in the Community Agriculture and Environmental Protection Association, CAEPA, project because it is from FCFA 30 million but in Southwest Region, the grants are at most FCFA 6 million which makes the project far fetch.” Nkongho explained.

For her part, Rose Ambang a pig farmer in Bokwango said the meeting was rich in ideas as she learned so many new things on pig farming. “I have learnt many things, especially when it comes to managing big farm, sanitation and also new species.”

She however lamented the fact that they lack a pig farm in Southwest Region which is really a big problem to them. “We really lack the finances to acquire the equipments presented by Big Dutchman which is a big blow to the farmers.”

Talking to the press after the seminar, Patrick Nouga said their idea is to show that it is possible with local ideas to have more successes than we have now. He added that their idea was adaptable to the local system as most of their products are made out of steel and plastics that do not pose any problems.

To the farmers who doubt the credibility of their technology, he said; “more investment, more control and specialisation will lead them to success.”

Reacting to some of the problems raised by the pig farmers, Nouga advised them to form cooperatives in order to make the purchase of the equipment his company is proposing.

“Big Dutchman is there to give the equipments in the best price first and support follows later,” Nouga said.

Big Dutchman, founded in 1938, invented the world’s first automatic chain feeder in the USA. Today, they are the world market leader from Vechta, Germany. Big Dutchman develops and sells housing and feeding equipment for modern management of pigs; rearing and finishing. It also has 20 subsidiary companies and 200 agencies in 80 countries around the globe. 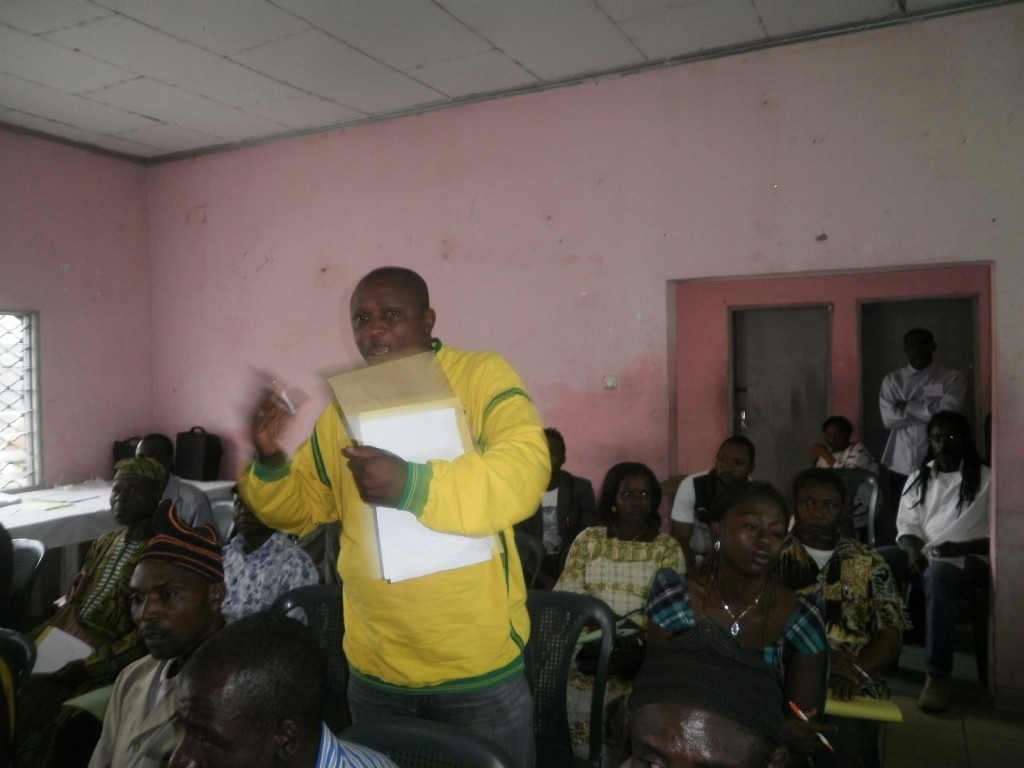 Walter Nkongho, a pig farmer from Limbe, makes a contribution at the seminar