Leading mobile telephony company in Cameroon, Orange, is standing up to its status as a citizen-oriented institution.  In the ongoing 2014/2015 back to school atmosphere in Cameroon, Orange Cameroon, came out in colour and style in its Buea Branch office, where some 134 pupils were given bags, books, pens, pencils and some money to kick start the academic year.

According to the Regional Director Of Orange Cameroon, for the Southwest and Northwest Regions, Richard Achu, his company is giving back to the children of Cameroon, which is part of their corporate – social responsibility. “Orange Cameroon is making a lot of gains from the people of Cameroon, so, it is also our responsibility to give back to the nation, especially to the less privileged. This time we have focussed our attention to some nursery and primary school kids in the Southwest Region,” he said. 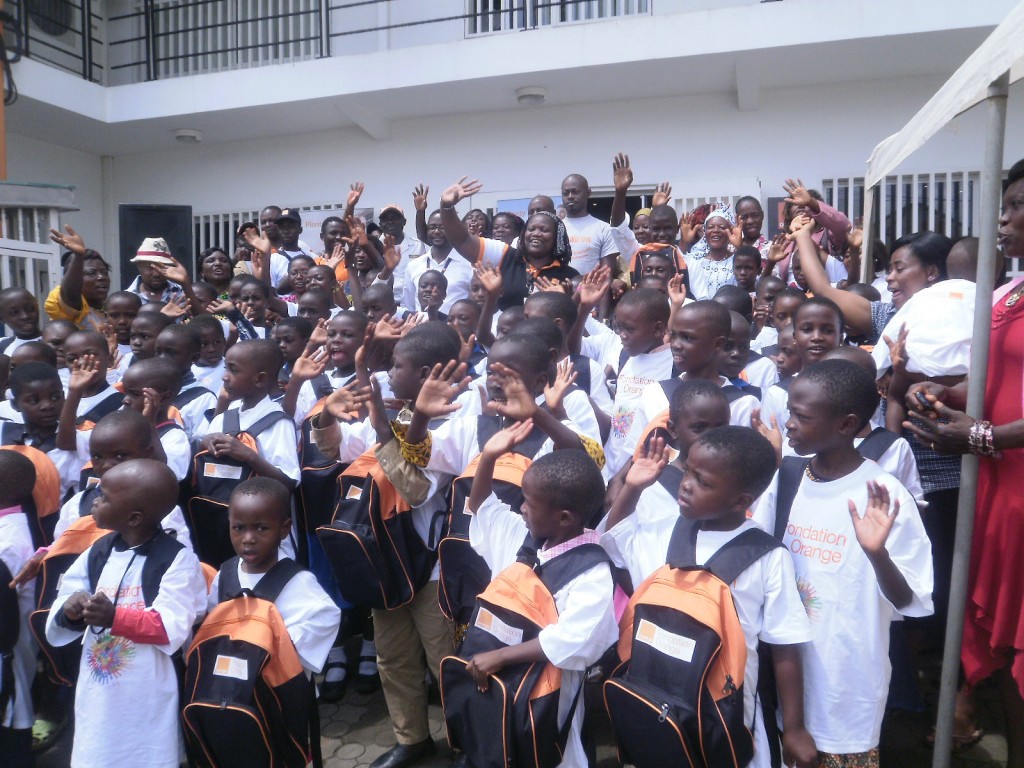 He will add that secondary and high school students are part of the Orange Cameroon back to school gesture earmarked for the 2014/2015 academic year. “To the beneficiary students Orange Cameroon will be offering electronic gadgets like laptops and other didactic materials,” Achu noted.

Explaining the motive for the initiative taken by Orange Cameroon, the Buea Branch Manager, Efeti Luma said it is a tradition of Orange Foundation to come to the assistance of parents and their children during the back to school period. “This is the 5th year we are pursuing this move. Orange Foundation has a deep thought for Cameroonian children. We see the children as the future of Cameroon, the reason why we are stepping in to give our own support for a brighter future,” she mentioned. 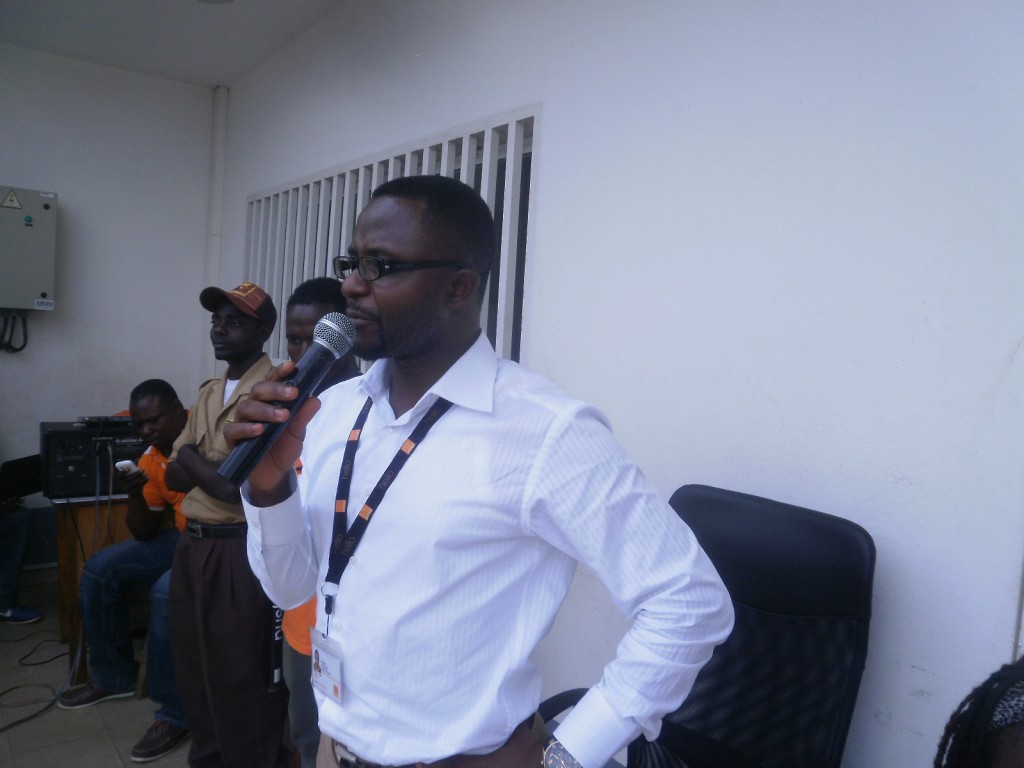 Orange Cameroon Regional Delegate for the Northwest & Southwest Regions, Richard Achu addressing the kids and wishing them the best from his company

Luma indicated that Orange Cameroon is out to encourage hard work, obedience and God-fearing children. “We pray they put these gifts into good use so that it will make an impact in their lives and their future,” while noting that the Orange Foundation has parents and children at heart.

Delighted with Orange Foundation, Grace Tambi Mpey, a parent from Manyu Division, Southwest Region, expressed gratitude for the enormous support to their children, while inviting the telephony company to do more as the school year unfolds. She will be corroborated by Martha Mafany from Lysoka, Buea, who was all smiles that not only her child benefited from the largesse of Orange Cameroon but nine other orphans she brought from her neighbourhood.

Clinton Mimba a class six pupil of Government Primary School – Group 1, Upper Costain, Tiko was overwhelmed with his gifts. “My mother is in the village and I don’t know my father. I live with my grandmother, so, I am grateful to Orange for helping in providing some of my school needs.”

The beneficiary pupils were drawn from nursery and primary schools in Manyu, Fako, Meme and Kupe – Muanengouba Divisions in the Southwest Region. 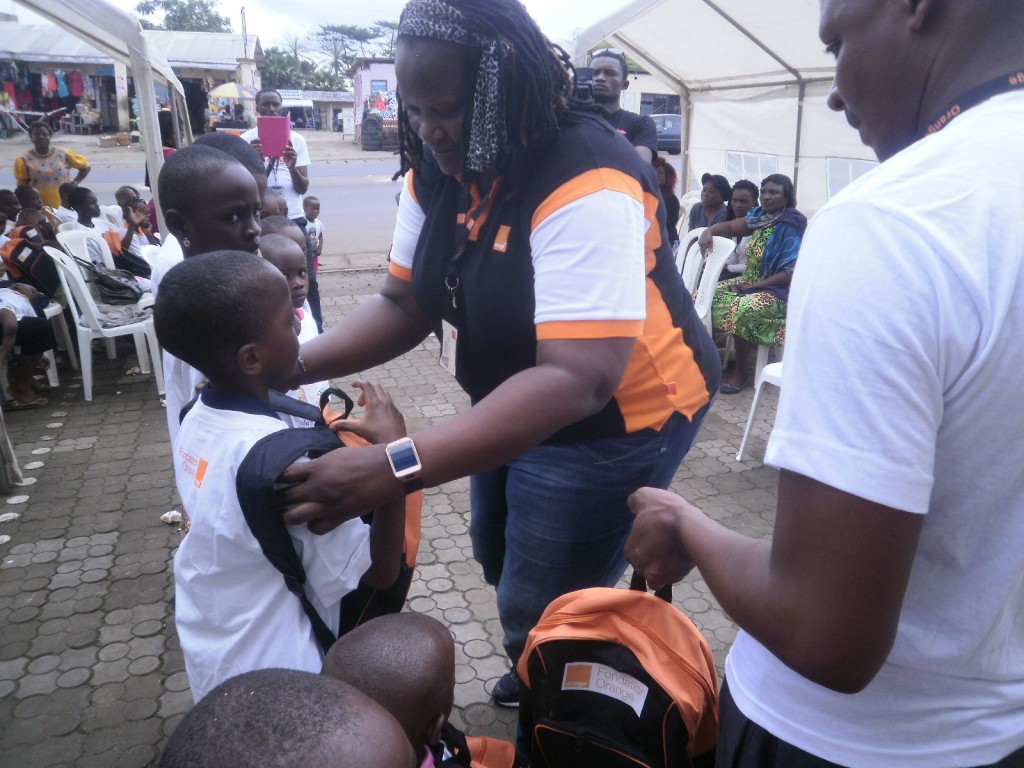