Some aspects of traditional life in Cameroon are still a problem and an impediment to the evolution of the woman and widows in particular. This is the motive of a workshop christened; The role of the traditional authorities in reducing the negative socio-cultural practices affecting women and widows in our communities and laws that protect them from marginalisation, organised by Nkong Hill Top Association for Development, NADEV

According to Chief Daniel Kaka Esowe of Bokwai Village in Buea municipality there are issues of tradition which must be respected, however, there are possibilities for evolution 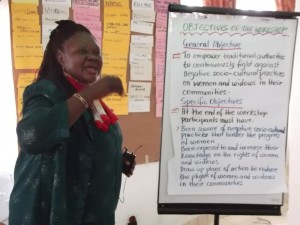 Mrs Gladys Ekwoge - questioning why a woman should suffer because her husband is dead.

with the changing trends. “Some of these cultural values are heritage from our forefathers. But the workshop is timely because we are being schooled on some issues we did not know,” he said.

Chief Kaka will add that this is the moment for sensitisation across the board, letting all the stakeholders know the good and the bad of our tradition. “What we see that is not working or good, we are bound to change them for a better society. Today, our girl children are excelling in 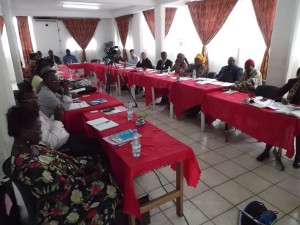 the educational sector, in some cases better than the boys. A lot of female children are bread winners for their families and bringing in a lot of hope. This was not the case in the yesteryears,” he mentioned.

The traditional ruler of Bokwai decried the maltreatment of widows in his tradition, whereby the latter is asked to sleep on the floor for three days. He described the act as “incorrect and we must correct that.”

The Chief of Bokoko village in Buea 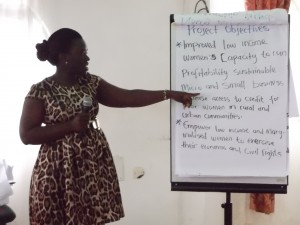 subdivision, Chief Isaac Eko Nganje found meaning in the workshop, noting that there are new things which must be followed and make changes where we went wrong earlier. “From the lessons learnt from the workshop, we have to make life easy for women and widows,” he said.

On a discourse on “Social Construction of Gender”, workshop facilitator, Mrs Gladys Ekwoge explained that the negative sides of African traditional values and those of 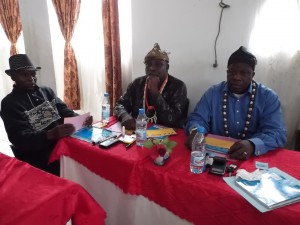 Cameroon in particular weigh on the women. “Many Cameroonians do not see the relevance of educating the girl child. The girl child is seen as a marriage object and waste of money sending her to school, in preference of the boy child.”

Ekwoge blamed the poverty level in most part of the Cameroonian society as part of the predicament of women, saying a girl child is given out as a source of finance and survival for the family.

She found the social construction of gender to be the girl child is meant for reproduction while the male child is projected from the chauvinist perspective. “Until recently, in some parts of Cameroon, a woman was never a chief. It is not natural that only men should be chiefs. Chieftaincy is hereditary, whether you are a male or female child, all should be given a chance. Women can be leaders and those who are already in leadership positions are doing great, even those who are chiefs. Their communities are growing.”

Ekwoge disagreed with the notion that the place of women is in the kitchen and a woman is a property. “No, the Marion Couples in the urban areas have indicated that the wife cannot do everything. Men are assisting their women in the upbringing and management of the family.”

She found the discussions on a public setting as part of the solutions, saying it is sensitisation. “We are inviting the Chiefs to start making changes where need be and others will follow their examples. The case of widows is vexing. It is not a woman’s fault if her husband dies. Why should a woman suffer because of the death of her husband?” she questioned.

Registrar-In-Chief at the Buea Magistrate Court, Elizabeth Ako Enaka cited the preamble of Cameroon’s Constitution, which holds that everybody is equal before the law, “so widows, who are part of the society, cannot be left out. We cannot talk about rights and leave them out. For the society to develop there must be a synergy at all levels, we are all expected to evolve and widows cannot be sidelined in the development plan of the nation,” she noted.

She entreated all to be “our brothers and sisters keeper because we need to ensure that widows inherit what is theirs. A widow is expected to care for her family even after the demise of the husband. We should make the ground level for everybody so that there will be a peaceful society.”

Cynthia Ndi of NADEV and the Southwest Regional Delegate of Women Empowerment and the Family, Mrs Judith Moffah shared same views that women and widows can own property, adding that the traditional values of yesteryears must be done and dusted with. “That is why we have brought the Chiefs from Fako Division, members of the traditional Council and women from various groups to carry on these discussions and push forward for actions,” added Ndi.

The 3-day workshop was sponsored by All We Can of the Methodist Relief Development. 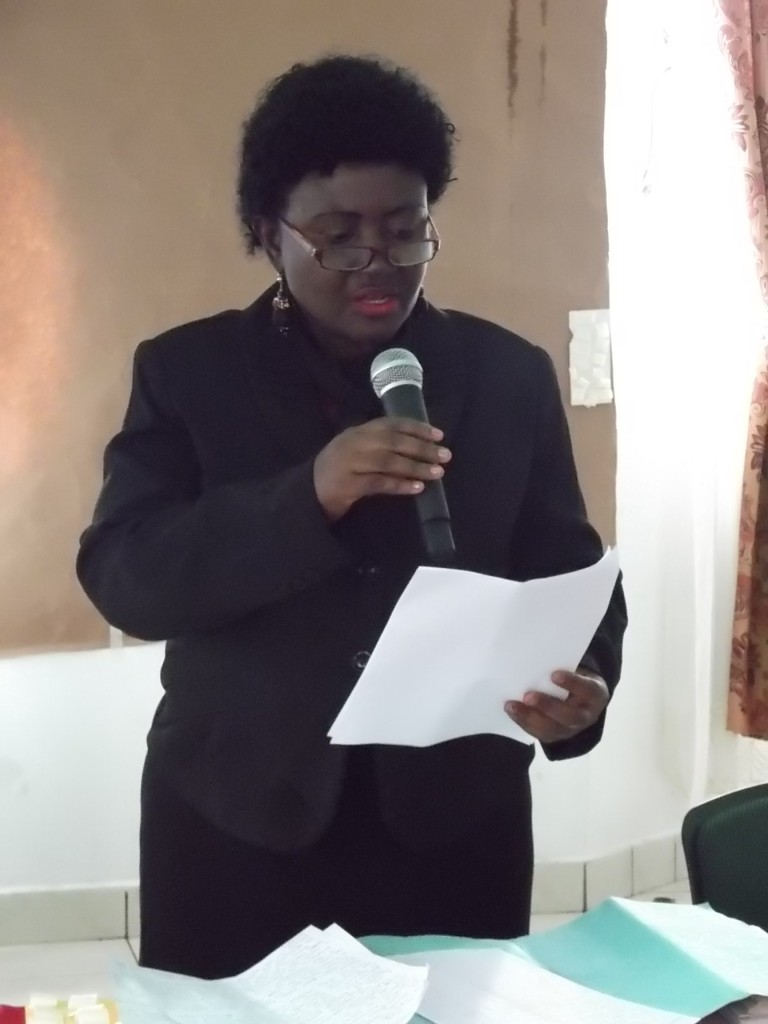