The Southwest Development Authority, SOWEDA, is standing up to the challenge of bringing solace to the people in the Southwest Region and championing development endeavours. Since 2008, the regional development agency has been on a campaign to improve on agricultural performance. This is the motivation of a recent handing over of farm inputs to farming groups across the Southwest Region. 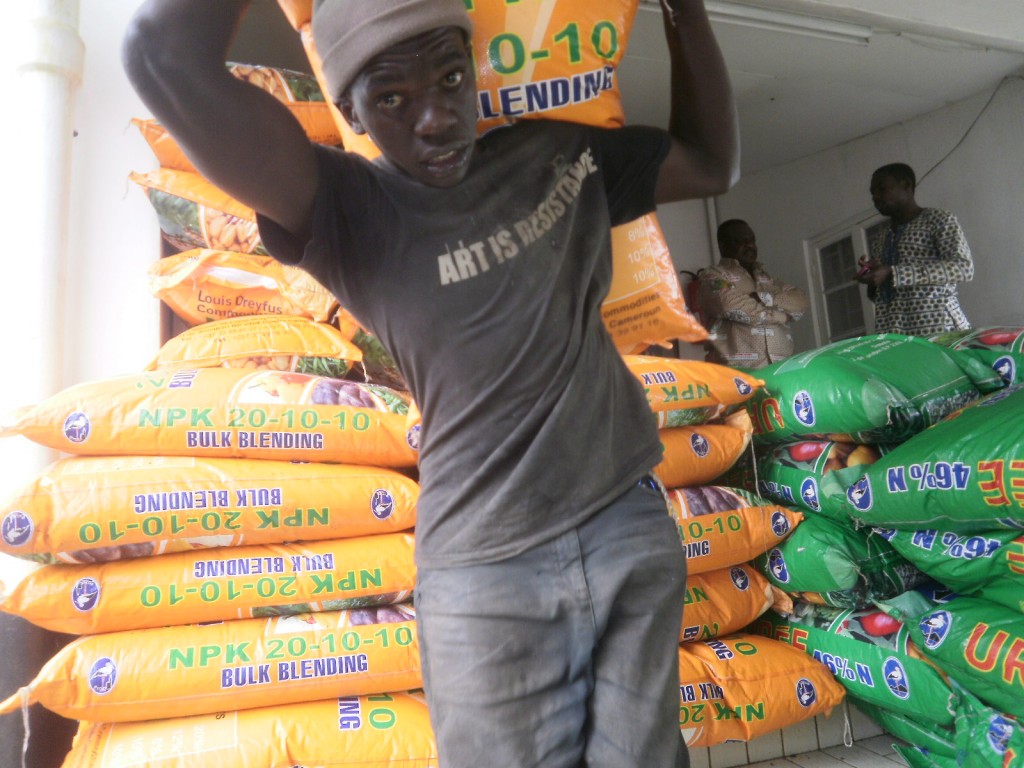 Handing over 429 bags of Fertilisers, weighing 50kg each, 640 liters of herbicides, 320 liters of insecticides and 60kg of maize seeds, SOWEDA General Manager, Dr. Andrew Eneme Ngome explained that they have been distributing farm inputs and various quantities of improved planting material through the extension services of the Southwest Regional Delegation of Agriculture and Rural Development. “Now, we are accompanying our farmers, spread across 60 farming groups, in the Region to begin the second planting season with essential farm inputs, valued at FCFA 15 Million. These are farming groups involved in seeds multiplication and the production of food crops, selected from all the six Divisions of the Southwest Region, in collaboration of the Regional Delegation of Agriculture and Rural Development, which is our major partner in agriculture and rural development activities,” he added. 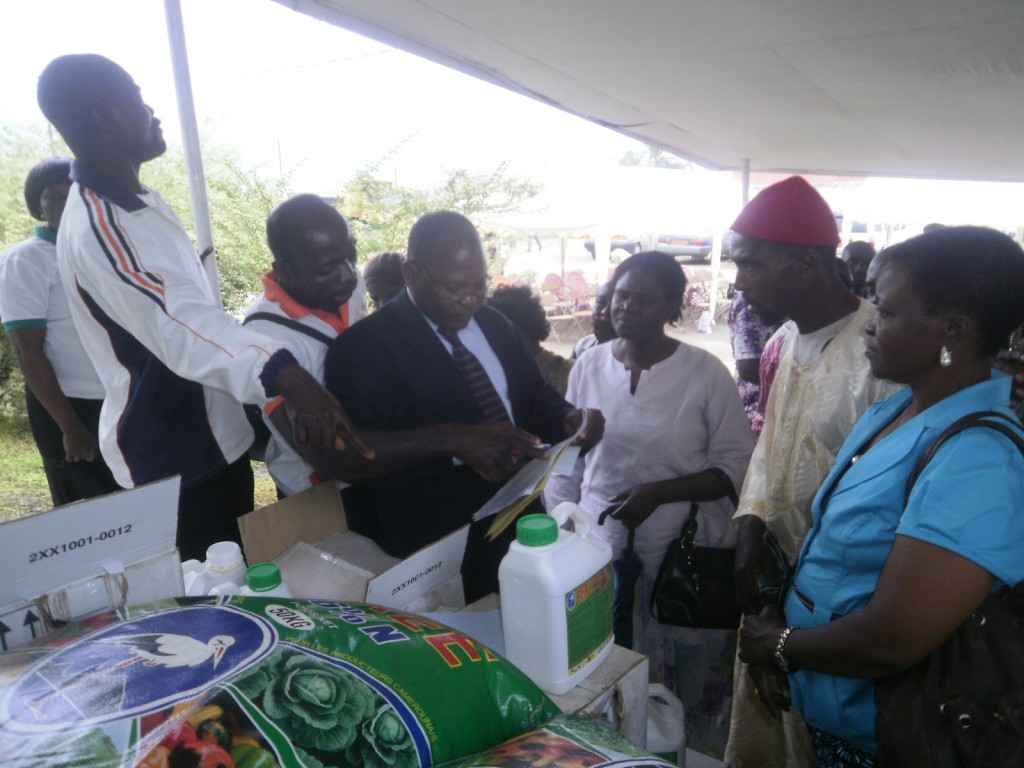 Eneme will indicate how relevant the farm inputs are; saying the increasing demand for food has put increasing pressure on land and other factors of production. “Our soils are already getting old and poor. The combination of improved planting material with other farm inputs such as fertilisers and farm chemicals will significantly increase soil fertility and productivity. Hence, the government of Cameroon via SOWEDA has been supporting the initiative to enhance food production in the Region,” he noted.

The SOWEDA GM said food production cannot be a success if other aspects of development such as roads, water supply schemes, market structures and more are not considered. “Hence, it is for this reason that despite its limited financial resources, SOWEDA supports the aforementioned aspects of rural development and will not spare any efforts to source for more funding.”

President of Mbelemge Women Common Initiative Group, CIG, in Fontem Subdivision, Lebialem Division, Mary Alemke Fominyam, expressed delight with the support from SOWEDA saying it is going to increase their productivity and subsequently help their local community, the Lebialem Division, the entire nation and even beyond for export.

Alemke will add that the fertilisers received from SOWEDA are timely and will complement the natural manure they have been using. “These will help double our productivity as the soil has been exhausted over the years. It is good, we need more from SOWEDA,” she noted.

She will be corroborated by Peter Ashu Ashu, the President of Unity Farmers, Bunduma, Buea, who saw in the gesture from SOWEDA an opportunity to make their farming activities easier. “I will use the herbicides to weed my farm while the fertilisers will enable me get more yields for my maize, tomatoes and other crops. If we continue with this spirit, farming will not be a strenuous exercise,” he mentioned.